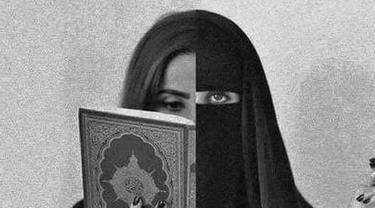 Perbesar
ISIS has been targeting educational institutions. Why?

Liputan6.com, Jakarta - For many years have the general worldwide population dwell on the belief that terrorists target only those who are not in line with their way of thinking. Then the perception began to shift with the notorious terrorist network Islamic State evidently expanded such target range to fellow Muslims. Its desire to build a caliphate suggests that everyone, even fellow Muslims, who stand in their way from constructing one and whose mindset go against theirs will be terminated at will.

They set the bar even lower this time with recent investigative finding of US Special Representative for Muslims Shaarik H. Zafar sharing to Pakistan local media Dawn that “terrorists are targeting educational institutions because they are against knowledge and critical thinking”.

Shaarik has been given the ultimate responsibility to arrange U.S Secretary of State John Kerry engagement with Muslim communities around the world and address terrorism issues from “the perspective of a person who has been tasked to convince the Muslims that America is not their enemy”.

During a special interview held with Dawn, Shaarik explained how the terrorist attack at the university in Charsadda was no accident and that the impetus to such venture was mostly because the institution where the attacks occurred houses many individuals with high potentiality to become the engines of future counter attacks against terrorists.

“I don’t think that’s a coincidence. Knowledge, intellect, critical thinking, these are things terrorists are against,” he stated.

Citing from the Guardian, much less attention has been placed on terrorists attacks in schools, colleges and universities. Cases like Taliban suicide bombers which killed 150 children at a school 30 miles away of north-western Pakistan.

Meanwhile, in northern Kenya university massacre which involved the killing of 147 people by Somalia-based al –shabaab suggest the very unfortunate fact that these are easy targets because they are usually unprotected. Other priority targets such as embassies, military bases, and hotels have now maximized their security and therefore harder to hit.

Furthermore, it has been learned that terrorist network wants to stall education and mock the legitimacy and authority of a state and surely attacking the nation’s breeding ground for progress is one way to prompt a war.

According to a report published in 2014 by Global Coalition to Protect Education from Attack (GCPEA) as cited in dnaindia, education institutions in at least 70 countries were attacked between 2009 and 2013, while isolated attacks were reported in 40 countries.

The incidents involved bombing or burning schools or universities, or killing, injuring and kidnapping students, teachers and academics.

"Afghanistan, Colombia, Pakistan, Somalia, Sudan and Syria are the countries that have been categorised among the 'heavily affected' countries with 1000 or more attacks on schools, universities, staff and students between 2009 to 2012," says the report.