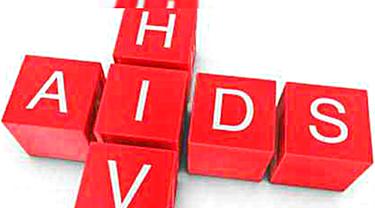 Perbesar
1st December has been marked as World AIDS day.

Liputan6.com, Jakarta - 1st of December will continue to be embraced as World’s AIDS day where worldwide attention concentrated particularly on the very existence of HIV disease, its dire consequences for those who suffer from it and progresses of medical and technological advancements designed to contain and gradually eradicate the infection from exacerbating further and posing harm to humans health.

This year’s World AIDS day is not only dedicated for those who have lost their lives from the initially- speculated incurable disease, but also to each and every individual who are currently fighting against it and still ambitiously hopeful in collecting all their strengths to remain strong both physically and psychologically despite the very minimal chance of survival as has been viewed in the past.

American Ambassador to Indonesia, Robert O’Blake Jr. sought for a bigger and much more effective vision, that is to have all the needed facilities, tools or instruments, knowledge and collectively agreed upon mission to drastically reduce the number of HIV infected males, females and children by 90%.

“Imagine a generation that is free from the unwanted AIDS disease where HIV no longer poses harm to everyone’s well-being. This is not merely a dream but an extraordinary possibility presented before us to make good use out of,” he said through the written statement receveid on Monday, 30 November 2015.

Ambassador Blake continues with his reminder for everyone to appreciate and show respect to families, friends, general population and those professing as medical caretakers for this specific illness as they have contributed very largely in helping HIV patients to go through their darkest health period with unfailing moral support and continuous effort to find the perfect cure to eradicate the disease once and for all.

In trying to achieve those ambitious goals, the Indonesian government has decided to formulate a new target or mission that is combining prevention, testing and medical aid strategies that rely heavily upon extensive form of applied science method and advanced diagnostic technology that could help detect the illness much more effectively.