French President to Consult Counterterrorism with Obama and Putin 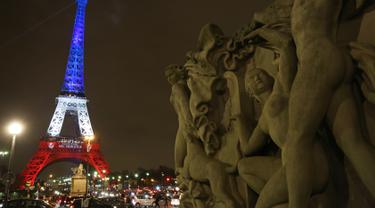 Liputan6.com, Jakarta - French President Francois Hollande is scheduled to depart for Washington to meet the U.S President Barack Obama on the 24th of November 2015 which will be followed by another visitation to Moscow where he will meet Russian President Vladimir Putin. The purpose of the visitation according to France24 is to make furtherance on the discussion of establishing international cooperation to combat Islamic State Group.

President Hollande has previously spoken to US Secretary of State John Kerry at the Elysée Palace regarding what ought to be done and they have both agreed for ‘greater cooperation in the fight against the Islamic State group’, as cited in Al Jazeera.

Realizing the level of fatality from November13 Paris Attacks continue to escalate, France has resorted to yielding formal request to its fellow EU members for both military aid and assistance.

President Hollande also went to signal the likeliness of transferring some powers from civilian to military authorities. The potentiality of gaining effective control of the European Union’s external border is also very high.

The night of Friday 13th of November continued to darken as terrorist activity yield no signal of stopping following a series of horrifying incidents which have rocked the French capital to it's core. The repercussion is greater than ever with France's President Francois Hollande issuing immediate order of closures on national borders which further assures that the nation remains in a state of emergency hitherto.

Hundreds perished following a series of coordinated terrorist attacks within across the city of Paris. Terrors were presented in varying deadly form ranging from suicide bombings, hostage situation to massive - kalachnikov shooting directed at innocent civilians in a number of crowded places. (Akp/Tnt)